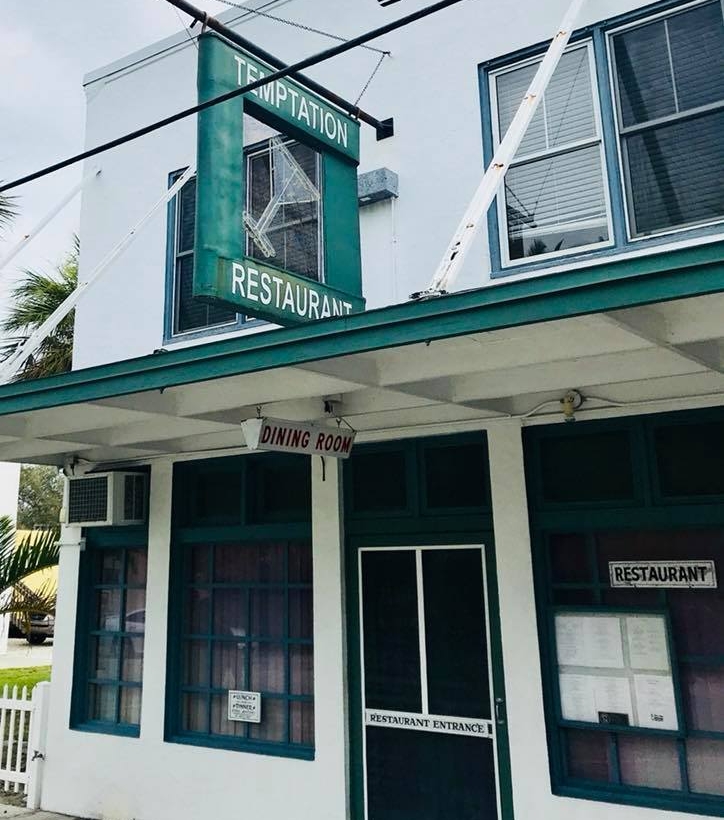 After a fun day fishing or hanging out on the beaches of Boca Grande, an evening at the Temptation Restaurant is the perfect way to end the day!

The Culinary Travel Guide calls Boca Grande’s The Temptation restaurant, “the fish house of your dreams, the one with fish, fresh from the sea, perfectly prepared and served up with Old Florida charm.”  Whether you order off the menu or bring your own “catch of the day”, nothing at the Temptation will disappoint.  Daily specials usually involve grouper, pompano, triple tail or redfish, which you can have blackened, bronzed or piccata style.

ExpBG Pro Tip:  Make sure you order multiple appetizers to share for a full taste of the menu.  You simply can’t go wrong with stone crabs, oysters or fried grouper fingers!

On any given evening, you might see former Governors, Presidents, or perhaps both, enjoying grouper fingers and stone crab claws! And after college football season is over, you might see legendary Alabama football coach Nick Saban or Clemson’s Dabo Sweeny settling a “national championship wager” over seared tuna and oysters!

Temptation Restaurant, or “The Temp”

Locals know the bar portion of the restaurant simply as “The Temp” where the house specialty is the “Dark and Stormy” served with dark rum, ginger beer and a lime delivered in a copper mug.  Another variation of the same drink is the Moscow Mule, substituting vodka for the rum, but also served in a copper mug.  If you want to be a bit more laid back or bring the children, the more casual “Caribbean Room” of the restaurant will certainly fit the bill. The Temp’s wine cellar is a 14-year winner of the Wine Spectator Award of Excellence.  And don’t forget to order the coconut cream pie for dessert, even if you don’t like coconut!  Reservations are highly recommended.